The .wallet drama continues. I have a lot of information but am being asked for strategic purposes not to share - but if I was Unstoppable Domains, I would be afraid.

glad we can say this publicly. I always get confused what i can and cannot say - so many amazing things happening. 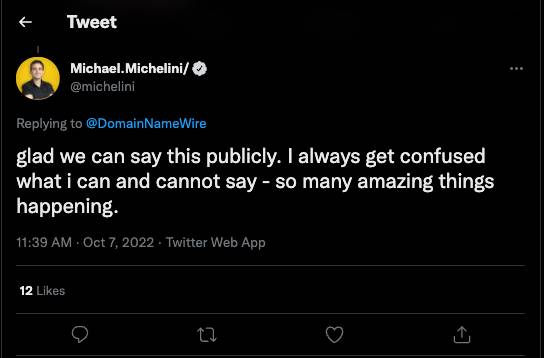 Luckily, our friends at Domain Name Wire - Andrew Allemann, is covering this story closely and had a nice blog update here.
As a tweet 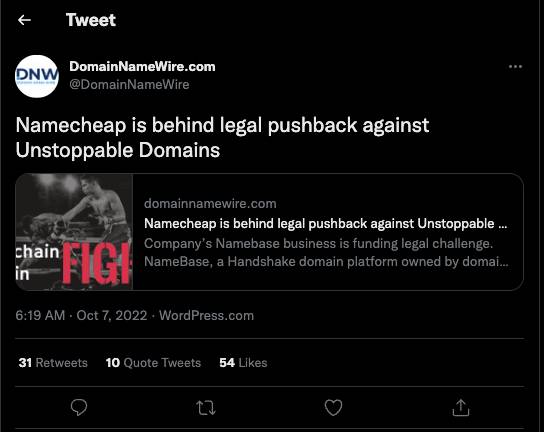 So today, I want to review what commentary we are seen in Twitter and blog comments and my overall feeling as well.

Paul Webb says:
"Unstoppable Domains probably thought it was picking on an easy target with its lawsuit against Gateway."

Then again, they don't care about their customers so womp.” 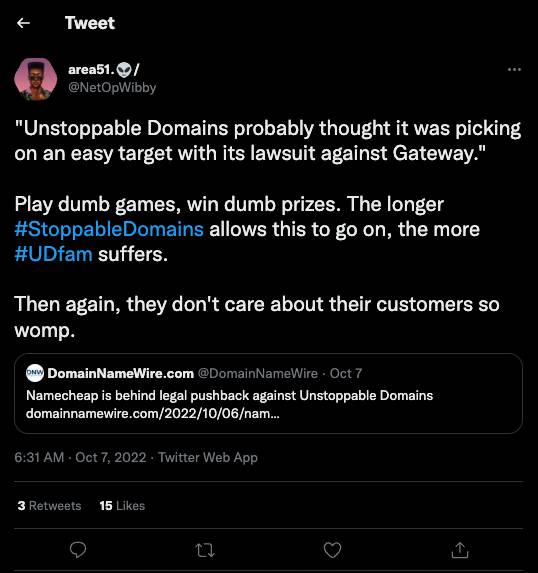 ThatNsun says:
Play stupid games, win stupid prizes. If you're still holding or partnering up with #UnstoppableDomains - rethink and consider 'you're the baddies'. A centralized money grab, parasitic to the decentralized web. 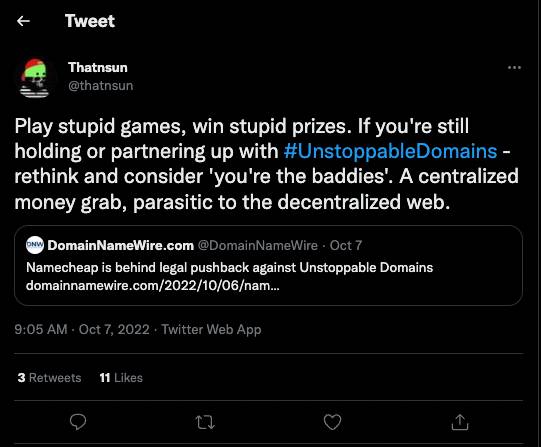 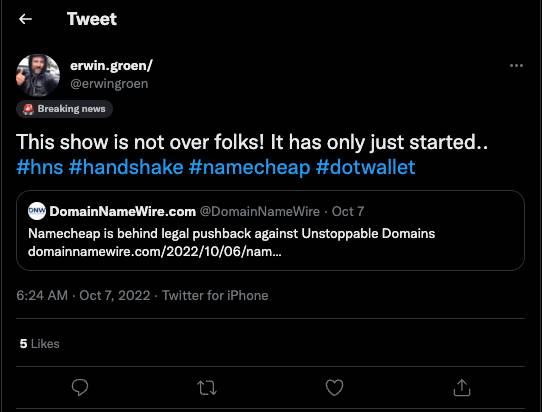 Many on ENS domains side are also annoyed with Unstoppable Domains, as this tweet shows:
“ Unstoppable domains are about to get stopped.
Great to see.“

Anne/ our amazing ambassador, also has a good case of why Unstoppable is parasitic: 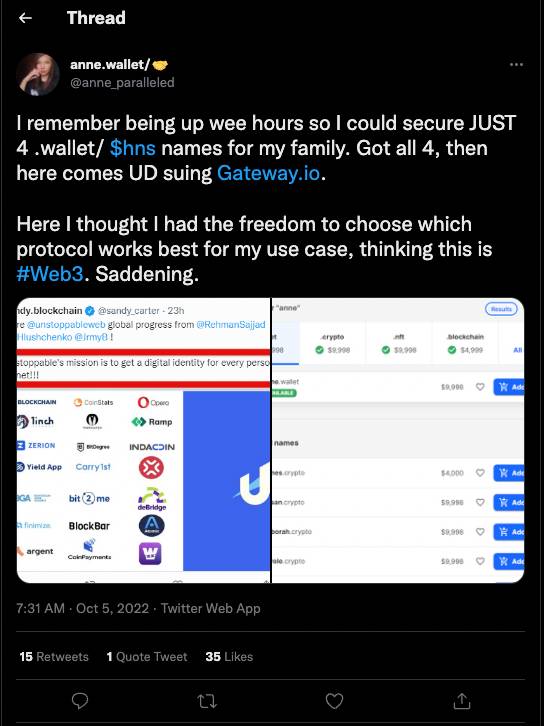 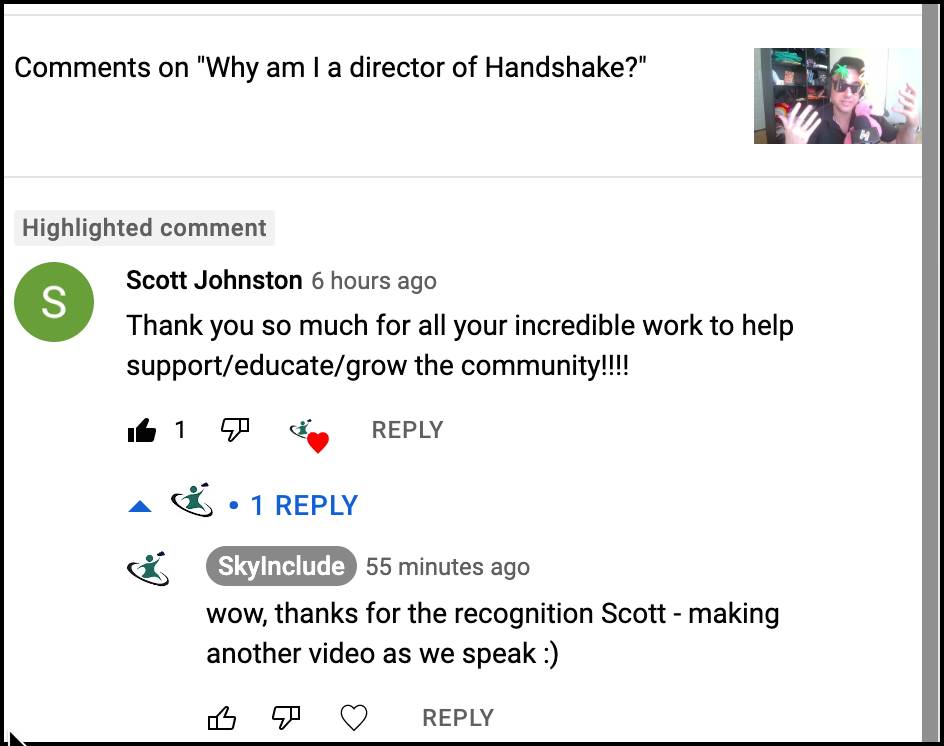 This tweet from a UD staff had me furious 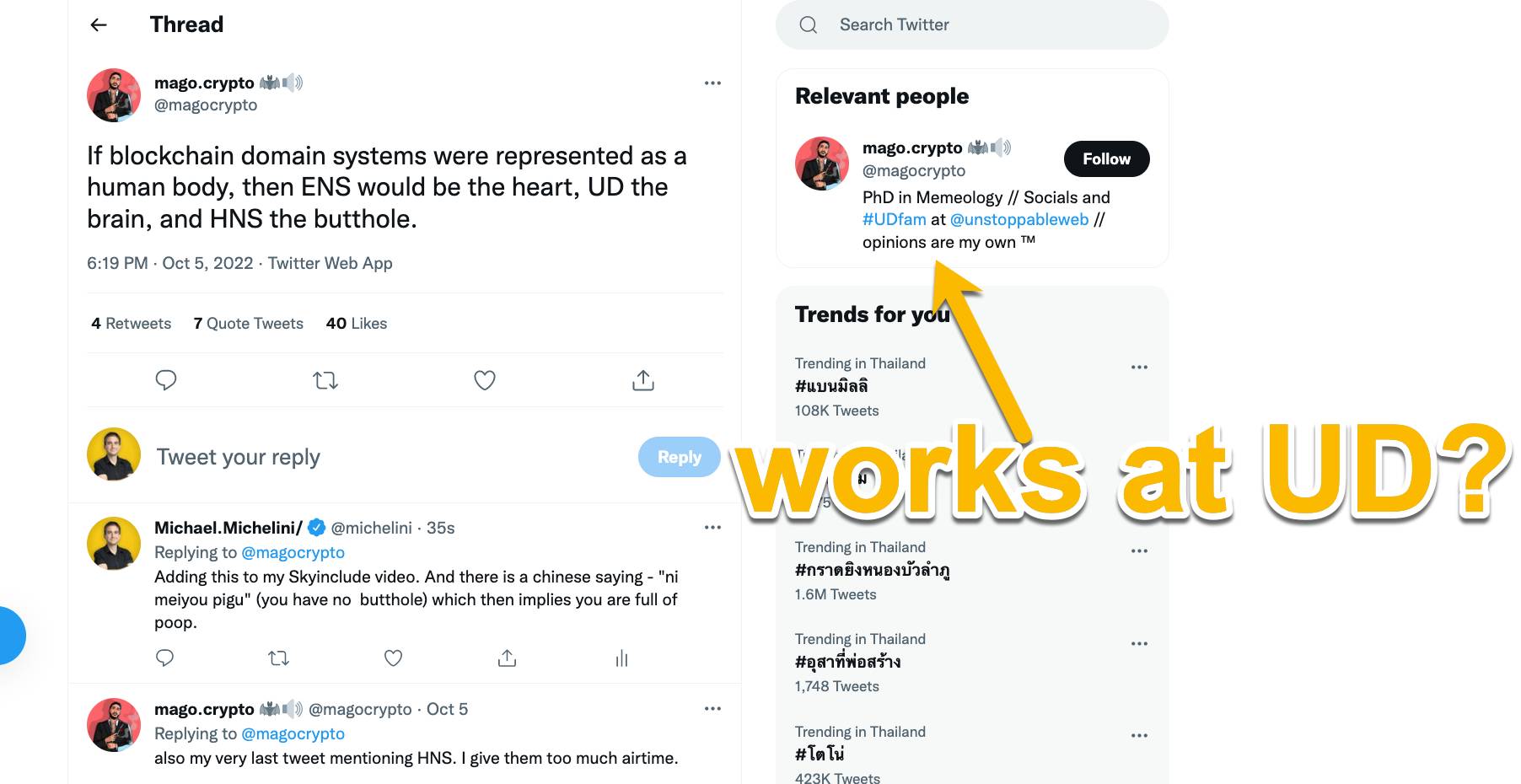